Research vs. Teaching: Is the Battle Over? 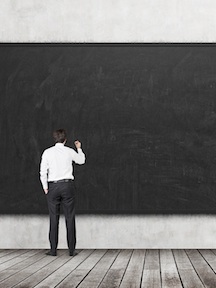 In Professing Literature: An Institutional History, Gerald Graff writes, “the best investigators are usually those who have also the responsibility of instruction.” Graff notes that for generations academics have acknowledged the “inevitable togetherness” of teaching and research, yet for just as long have debated which is more important. Since its founding in 1883, the Modern Language Association has embodied this debate, according to Graff, with scholars arguing that teaching should be of equal weight to research, alongside other discussions of cultivating a general culture versus a specialization in liberal arts colleges and research universities. Though the relative values of teaching and research have been contested in the history of higher education, will they always be at odds?

A recent article in Middlebury Magazine considers research at liberal arts colleges and the stereotypes of teaching versus research. President of Middlebury College Laurie L. Patton (ΦBK, Harvard University, 1983) relates “we still encounter black-and-white perceptions within the world of higher education […] that liberal arts colleges are only about teaching and universities are only about research.” She elaborates on assumptions that universities host professors who do not prioritize their undergraduates, and liberal arts educators combine intellectual inquiry only with pedagogy. However, Patton debunks these stereotypes, as do other educators—teaching versus research can become teaching and research.

In many cases, teaching and research mutually enrich each other. “About 25-30 years ago there was this idea that there are teaching jobs, and then there are research jobs,” explains Claire Seiler of Dickinson College, a liberal arts institution in Carlisle, Pennsylvania. Although this separation still exists in some places today, Seiler adds that for liberal arts institutions in particular, it is essential to do both extremely well in order to “convey the excitement of research discovery to your students in a way that engages them. You really have to be able to wear both hats.”

Seiler also discusses the powerful possibilities of bringing her research into the classroom: “For me teaching has really opened up new avenues of research.” Seiler notes that this marriage is significant to show students both why scholarship matters and give them a sense of the topical roots of scholarship. At liberal arts colleges the importance of research is based around “both the ethos of serious research and knowledge production […] and then also an engagement of students as your first and most important audience- the audience that really [serves] the development of ideas,” Seiler says. For Seiler, teaching and research work in tandem.

For Gregory Steirer (ΦBK, University of Pennsylvania, 2002), also a professor at Dickinson College, there is more of a tension between the two. “I think in some ways that research does not lend itself well to the classroom,” Steirer explains. “Anecdotally there is a belief that [personal research] is a more difficult class design because you know too much and you are too invested in the knowledge, [which] creates a space less conducive to conversation and insight.”

While Steirer notes bringing his research into the classroom can be limiting for a course, he is often inspired or prompted to do work based on students’ ideas. “Sometimes I see, oh, there is great work that students are doing [which] can join with my own work. Or sometime it is, oh this conversation was really good and it’s mad me think of a paper topic,” Steirer adds. His individual research is less often involved in the classroom, but he finds research and teaching can come together when professors and students work on research fellowships. Last semester, he envisioned a co-authored investigation into education and “The Cosby Show” with a students via his American Sitcom course.

At larger institutions, where the research over teaching stereotype persists, curriculum is adapted to be more inclusive of both. Seiler recalls research-intensive seminars that her fellow academics teach, which run capped at small numbers in order to encourage professor-student investigative engagement. “The expectation is built in here that you are doing more developmental research work with your students,” she explains. Steirer adds that in the social sciences students often aid professors’ research when conducting labs or parsing data. For both professors, bringing research into teaching spaces depends heavily upon a good vision of where students are in their academic careers and what skills they are equipped with or aim to gain.

Patton describes the ways liberal arts colleges move beyond strict teaching-focused stereotypes, and posits that a blending of wide inquiry with a smaller learning community like Middlebury is the right step in response to the research-teaching debate. Graff, in relation to this discussion among other issues in his book, urges educators to “teach the conflicts,” or that an awareness of controversies such as the one between research and teaching in pedagogy serves curriculum well.

Research and teaching balances will continue to challenge institutions of higher education, and professors will be expected to fill both roles with ease. However, where this challenge creates tensions it also forges fruitful learning environments. Seiler sums it up well: “For my practice, I don’t think I could be a good, engaged, dynamic teacher if I weren’t also engaged in my own research.” Continuing curricular development, student feedback, and time will tell if other academics agree.