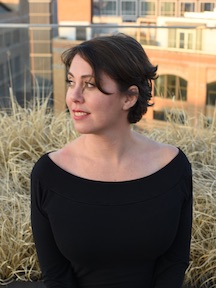 English majors are typically one or the other: a comparative literature critic or a creative writer. There is a symbiotic relationship between the two. While one builds narratives informed by—what Harold Bloom termed—“the anxiety of influence,” the other close reads and critiques those creations. Kristen Roupenian mastered both routes completing both a Ph.D. and an MFA, the latter of which resulted in the capitulation of a daring writing career.

Roupenian’s short story “Cat Person” first printed in the New Yorker encapsulated the character of the 2017 #MeToo movement from its masculine anxieties to the unspoken challenges women face when dating. However, before fame brought her both death threats and critical acclaim, she had other social justice inspired aspirations.

At Barnard, Roupenian was more of an analytical English major. “It was just a little more by accident,” she said, “I was a big creative writer in high school, on the literary magazine. However, at Barnard you had to apply to creative writing classes. I applied my first semester, and I did not get into a class, which was very normal, but I was less persistent about pursuing those classes.”

Instead Roupenian channelled her extra time into gaining an EMT certification and volunteering at hospitals. She had her sights set on joining the Peace Corps from a public health perspective. Midway through her final year as an undergrad, her preparation paid off: she would be going to Kenya as part of the Corps.

When asked “Why Kenya?” she responded: “It was part of the time. In the early 2000s, the AIDs epidemic was at its height, and there was not the kinds of treatment that is available now. I wanted to go to a place where things were the most urgent. I had an HIV education focus, and I was thinking of possibly going into medicine or some kind of health-related field. If I am being completely honest, I had a vision of what that work would be like, and I could picture it being done in Kenya, which is a more rural experience.”

Even in Nairobi, Roupenian was led back to the literary field. She came upon Kwani?, a newly launched literary magazine, sitting on a friend’s bookshelf. Although Roupenian noticed that the publication was on point with the Kenyan politics of the time, she did not think of it much until returning to the United States. Then, the publication became the focus of her Ph.D. dissertation while at Harvard. Her research found that Kwani? was very much in touch with the times, unafraid to address the socio-political atmosphere as it ebbed and flowed.

“In 2002, a dictatorship that had lasted for over 20 years had just ended. When Kwani? began, a president had just been elected,” Roupenian said. “It was the first fair election, and therefore, it was a moment of hope. Where there had been censorship around political issues suddenly there was not as much that made for really fertile ground for the magazine to begin publishing. The magazine is still publishing now, but over the course of the five, ten years I was looking at the political situation did change pretty intensely. It became more fraught, and the magazine responded to that.”

The time Roupenian spent in Kenya also inspired her teaching. She designed a course titled “How to Write about Africa.” The name of the class is derived from a satirical piece written by the editor of Kwani? Binyavanga Wainaina, poking fun at the overused stereotypes regarding writing that characterized the nation. One quip from the essay instructs: “Never have a picture of a well-adjusted African on the cover of your book, or in it, unless that African has won the Nobel Prize.” Likewise, Roupenian’s class highlighted local writers and looked beyond the common tropes and assumptions regarding African literature. (Coincidentally, Wainaina passed away just this year.)

In 2014, the creative writing bug crept back while Roupenian was wrapping up her dissertation. “When it happened, because it was relatively late into my career, I knew I had to do it full-time,” she said. “I knew I could get there. I just needed more time.”

Consequently, Roupenian joined the Helen Zell Writers’ Program at the University of Michigan, a two-year MFA with a third year fellowship. It was in that third year that she conceived “Cat Person,” and the rest just followed. At the beginning of 2019, her short story anthology You Know You Want This was released. Reviewers and Roupenian, herself, recognize the collection’s fascination with power. Concerned the familiar and the strange in interpersonal relationships, her stories turn what would seem to be the everyday (e.g. a friend free-loading at your apartment) into cringy encounters—a la Shirley Jackson—poking at the thin eggshell casings of today’s assumptions, norms, and stereotypes.

Much like Kwani? Roupenian has her finger on the pulse of American society, but she recalls a time when she was not so sought out. She reminisces about becoming a Phi Bete: “At the time, I had not graduated yet or started Peace Corp or written a book. I had not achieved anything that I could put my finger on and say ‘I did this.’ There was something about being Phi Beta Kappa that felt real. In that moment, when I was so uncertain about my capabilities and where I would end up, it felt good to be recognized. I think today there is a shift towards pre-professionalization where you are working so hard for pre-med, or it is all about extracurriculars or internships, and the electives matter less to students. It felt good to say that all the classes were worth it, even the ones I took just because they sounded interesting.”

Academically well-rounded, Roupenian did in fact complete a psychology minor at Barnard. “I took psychology because of the inscrutability of other minds. It is something I’ve been obsessed with regardless of the genre or angle,” she said. “I took a class on criminal psychology, and it is still my favorite psych course. I have an impulse to have especially scary things involving people be explained to me. I was always scratching at that. Good psychology classes I took scratched that itch in the same way that writing stories does. It helps to figure people out.”

Coming full circle, scholars and students across the country now use those same skills to analyze her twisty tales in academic conferences and classrooms. To which she says, “I love it. That is how influence works. That is what stories are meant to do: be read and be discussed. What I have learned—which is different from research scholarship—is once you write a story and put it out into the world, it doesn’t belong to you anymore. People will read my stories and say it means this or that or come to some other conclusion. It is disorienting. However, I remember being a grad student, reading Kwani?, and loving the stories, but also wrestling with them, critiquing them, arguing with them, and questioning the assumptions that were underpinning the narratives. There is a kind of rough and tumble, almost violent process to engage with texts really vigorously. Fundamentally, it is a sign of respect because you write about the things that engage you, and then they go on to engage this type of discourse. I am really grateful for my time as an academic because it gave me the sense to know that the work belongs to the readers and not the authors.”

Roupenian’s work has stirred the pot in academic realms, but also in virtual spheres. Due to the nature of sharing on the internet, “Cat Person” boasts over 4 million views and is the most-read piece of online fiction published by the New Yorker. The hubbub probably will not die down anytime soon for Roupenian: months before its print release, HBO bought the rights to develop You Know You Want This into a television series. Next to come from her: a full length novel.